At one year old, child is expected to control elimination, walk, and verbalize simple needs.

1. Bowel and bladder training begin simultaneously at 2 to 3 weeks of age.2. Initially, the mother assumes all responsibility by placing child in a special training position outside the house when she senses the child needs to eliminate (e.g., after feeding and waking).
a. For voiding, mother sits with legs extended straight out, places the child in a sitting position between them facing away from her and supported by her body. She then makes a “shuus” sound so child learns to associate it with voiding. This is done many times over 24 hours. If successful, the child is rewarded with feeding, close contact or other pleasurable activity.

The child is expected to gain competence in communicating his or her need to void and climb into the assumed position and urinate by 4 to 5 months.

b. For bowel movements, mother sits on the floor with knees bent, infant facing her, supported by her lower legs. Child’s legs are placed over hers. The mother’s feet provide a kind of potty. No sound is made. If elimination occurs, the child is rewarded by pleasurable activity; if not, the child is returned matter-of-factly back to previous activity.

During elimination, social activity carries on; elimination is not regarded as private or unclean.

The mothers claim to learn to read infants’ movements, skin and muscle tension, and also distinguish a language of grimaces, grunts and cries to signal need. When specific pushes and shoves are detected while carrying a child on her back she may occasionally stimulate a sphincter reflex with a gentle pat to the rear.

3. At 3 to 5 months, young girls 5 to 12 years old also learn the child’s signals and participate in further training by assuming elimination positions at appropriate times. Helpers are scolded or punished if they are not responsive or sensitive to infant’s needs.

5. At one year, when infant begins walking, he or she is expected to eliminate away from the living area of the house. Accidents in the living area or courtyard first attract warnings and later physical punishment.
Copyright and Disclaimer 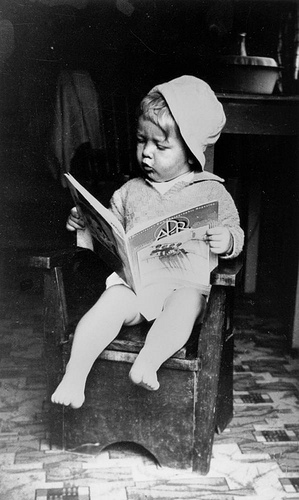 Get help and support on Potty Training your toddler. Includes great expert advice on bed wetting, stubborn children, flustered mothers, forums for parents, training methods, products, potty chairs, and other great tips to help you Potty Train your child.  Further, 10% of all your purchases in our store goes to SOS Children’s Villages.